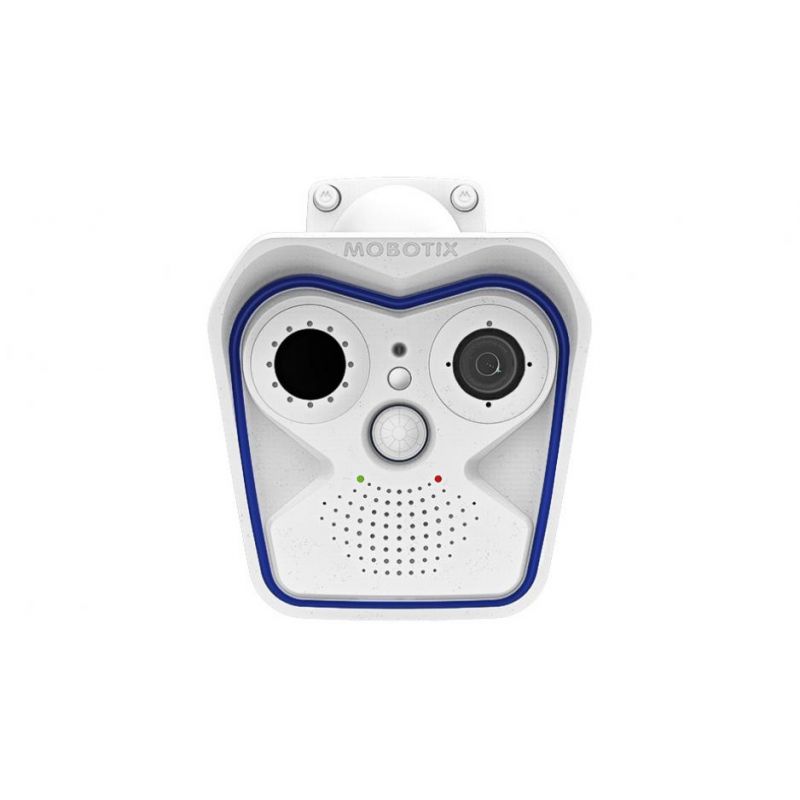 The MOBOTIX TR cameras feature a calibrated thermal image sensor. Thermal radiation measurements made across the entire image area can be used to trigger an event based on the temperature increasing above or decreasing below an individually set trigger level (camera alarm, network message, activation of a signal output etc.). 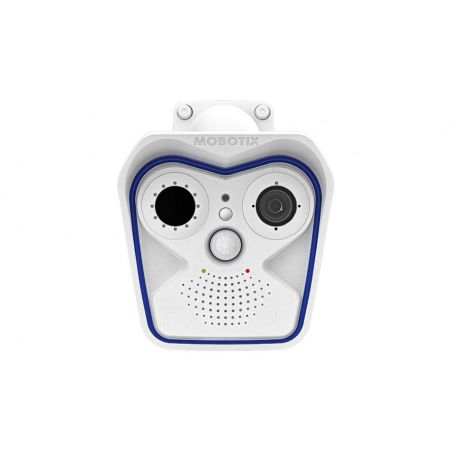 The MOBOTIX TR cameras feature a calibrated thermal image sensor. Thermal radiation measurements made across the entire image area can be used to trigger an event based on the temperature increasing above or decreasing below an individually set trigger level (camera alarm, network message, activation of a signal output etc.).

What can MOBOTIX high-end TR technology do?

The M16 Thermal TR is identical to the M16 Thermal apart from an additional “temperature measurement” feature which is enabled by the calibrated thermal image sensor in a measuring range between -40 and 550°C (-40°F to 1022°F). This detects the surface temperature of objects being measured. There are also three image angle variants to choose from (45°, 25° or 17°) with special germanium lenses. Additionally, a second image sensor module can be fitted.

The TR cameras can measure temperatures with an accuracy of +/- 10 Kelvin and automatically trigger an alarm in the event that temperatures exceed or fall below defined limits. The accuracy of the measurement depends on the emission ratio of the object, among other things. This is determined by the material and surface. Matt, black bodies are ideal. Objects with reflective surfaces generally have a lower emission ratio.

Not Used As A Thermometer, But Rather As A Preventative Measure

TR technology is used less for measuring the exact temperature of a surface; simple temperature sensors can do this in a much more cost-effective way. Instead, it enables the camera to independently recognize sudden increases or decreases in temperature above or below set limits and react automatically without delay.

Both the protective screen and the lens are made using germanium, a semiconductor material, as standard glass would reflect thermal radiation. If there is a glass pane between the thermographic camera and the object to be detected/measured, the camera can no longer detect thermal radiation. This can be avoided by using a second image sensor module.

MOBOTIX TR technology enables smoldering fires invisible to the naked eye that cause an immediate change in ambient temperatures to be discovered and combated before extensive damage is incurred. Another important advantage is that the thermal imaging technology can function at a distance of up to several hundred meters, meaning it can also monitor large areas and ones that are difficult to access.

Fire prevention and safety in both indoor and outdoor areas (for example, detecting forest fires) • Plant security and safety in production halls • Monitoring machinery and devices • Use in food production and logistics • Production, storage and transport of dangerous goods (gases, liquids, chemical products) • Use at borders and in controlled areas

Smoldering fire in a garbage dump

A MOBOTIX camera with TR technology constantly detects and measures all temperature ranges within the entire image (or in up to 20 different exposure windows) and can send an alarm instantly if the temperature reaches a limit set by the user (for example, 60°C/140°F).