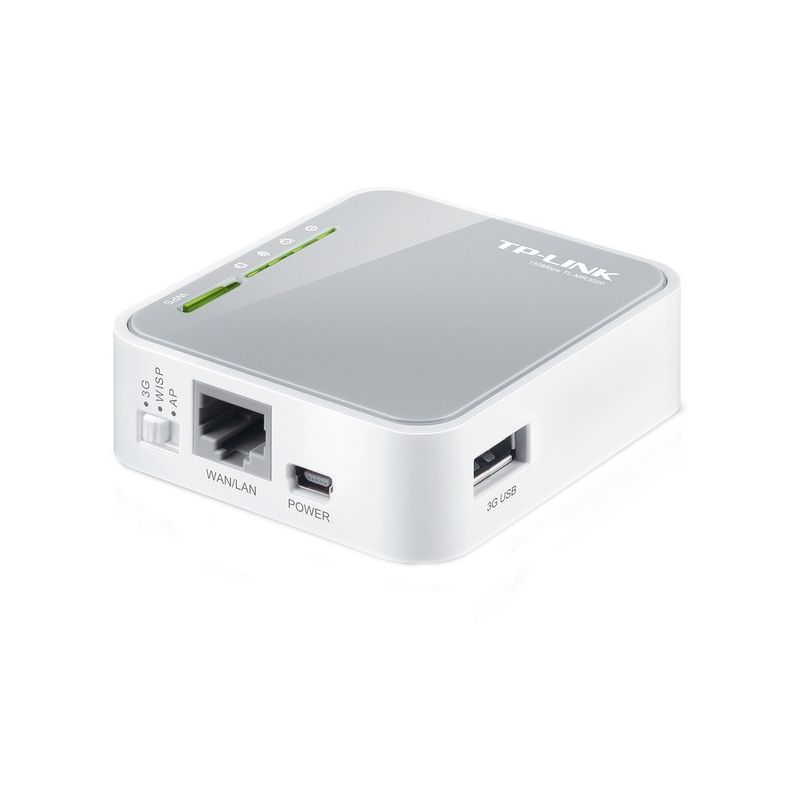 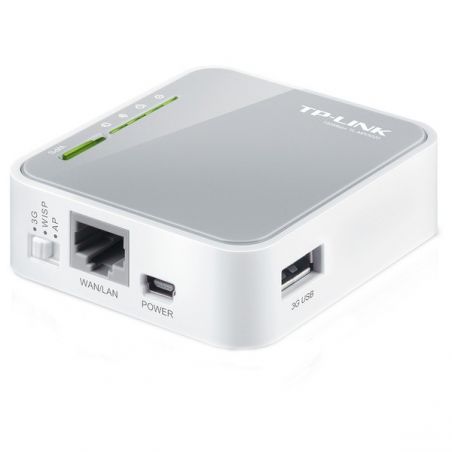 What is this product for?

Share the freedom of 3G! Connect the TL-MR3020 to a laptop or external power adapter and share your 3G / 3.75G mobile connection with your family and friends. The TL-MR3020 allows you to share your 3G access in, for example, a train, camping, hotel and virtually anywhere where 3G / 3.75G coverage exists. The Wi-Fi 3G access point of the TL-MR3020 is activated instantly when a 3G USB modem is connected to the router.

The TL-MR3020 stands out from the rest of the equipment thanks to its compact size and integrated mini USB port. This port can be connected to both an external power adapter and a laptop. Thus, it is enough to have a laptop to power the TL-MR3020 and you can create a wireless cloud that can be shared with devices such as an iPad ™, iPod Touch ™, Android ™ phones, Kindle ™ and the vast majority of equipment Portable Wi-Fi

Compatibility is the most important factor when choosing a 3G router. TP-LINK has ensured that its 3G routers are compatible with access providers in those countries where they are marketed to reach the highest level of compatibility between them and the modem models available to users. We have teams all over the world that are continuously testing our routers with the new modems that appear on the market. In this way, users know that they can use their router without any problem in the areas where they live and work.

Security settings with a simple button

The user can configure the security of the TL-MR3020 by simply pressing the WPS button included in it to automatically establish a secure WPA2 connection, a significantly more secure mode than that offered by WEP encryption. This method is not only faster and safer than the usual security settings, but it is also more convenient since users do not have to memorize any password.

The bandwidth of mobile connections is reduced. Using the QoS IP function of the TL-MR3020 it is possible to optimize bandwidth, controlling traffic congestion situations and preventing user abuse of the connection. In this way, when you share your mobile connection with other users, you can decide how to distribute the bandwidth depending on your needs.

The TL-MR3020 installs quickly in a simple way anywhere. All you need to do is insert the USB modem into the router, search the network's SSID ID on the computer and connect. Users can start surfing the Internet immediately; Even less expert users can easily configure their wireless connection by following the instruction guide included on the CD.