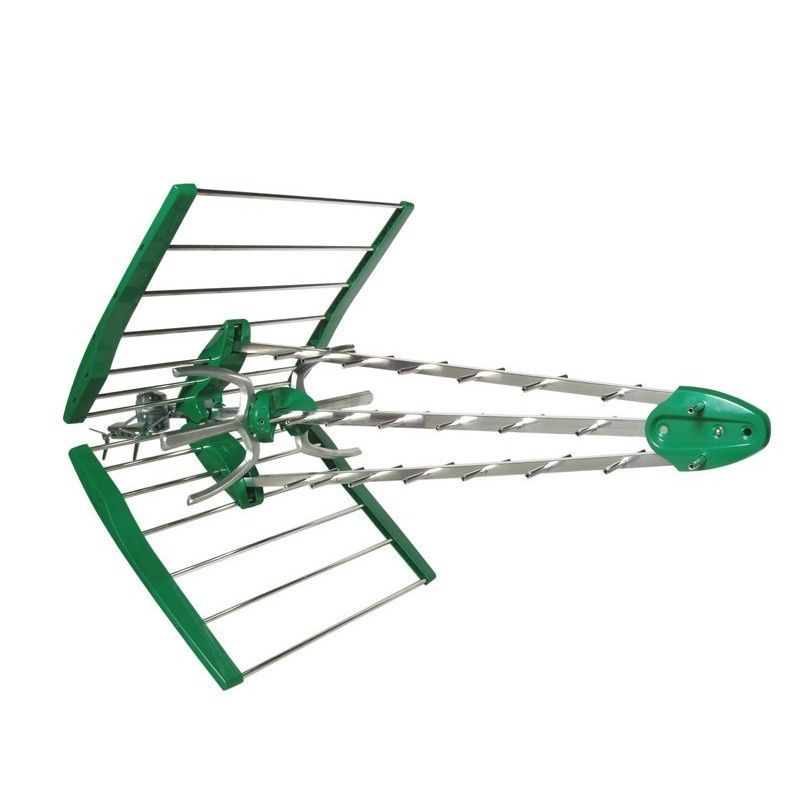 The Ikusi solution consists of the Flashd LTE antenna and the FLTE601 professional filter. The main characteristic of the new Flashte LTE is that, maintaining the current gains, it achieves a powerful rejection to the LTE.

This model is replaced by the Ikusi HDTF-C60V

IKUSI presents the first fully assembled antenna on the market with professional filter LTE 601. Designed to make life easier for the installer. While other antennas have to read a manual assembly, this antenna opens with a simple clack and is ready to attach to the mast. It offers high quality Full HD with all the guarantees offered by IKUSI.

The digital dividend sets the frequency spectra for television and LTE with a minimum separation, which can cause problems in certain situations, mainly due to saturation of the amplifiers of television reception facilities due to high power LTE emissions. To this general problem joins, at this moment, a lack of definition of the regulatory framework on which this process will be developed, which, in any case, will not be uniform in Europe.

The Ikusi solution consists of the Flashte LTE antenna and the FLTE601 professional filter. The main characteristic of the new Flashte LTE is that, maintaining the current gains, it achieves a powerful rejection to the LTE, in numerous occasions without the need to incorporate any filter. The Flashd LTE comes in two versions: one with the cutoff frequency on channel 60 and the other with cutoff frequency on 58. In both cases, as shown in the diagram, with a degree of blocking of the signal from LTE excellent.

It is completed with the professional filter FLTE601, with cut in channel 58 or 60, depending on the needs, comparable to the highest range of the market in all, except in its price.

It is able to adapt to all situations that generate LTE emissions. In some cases it will be enough to use the Flashd LTE antenna, in others, the FLTE601 filter. And for the most serious cases, the combination of the antenna and the filter ensures total protection against the LTE signal.

In short, Ikusi has developed a complete solution, simple and competitive and, at the same time, the most professional and efficient on the market for its ability to protect the reception of television signals against LTE emissions.